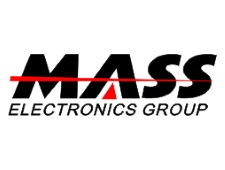 We just couldn’t find any other software that was feature rich and provided live data, at the right price point and that could actually do what we wanted. Accentis also solved the way we wanted to run our group of businesses, as separate profit centres but with consolidated accounts reporting.

The Mass Electronics group of companies, including Innotech Controls, has been manufacturing control system products for over 20 years and is an industry leader in the field. The Innotech range of products is diverse – ranging from Electronic Control Systems to more complex processes and BMS applications. With over 70 employees, a parts inventory of 12,000 and finished products handled by 20 distributors in 15 countries, it was critical that the right ERP system for their business was implemented. Throughout its growth phases, Innotech has picked up numerous awards along the way including the AIRAH National Award For Excellence and Telstra Small Business Awards while also gaining recognition for outstanding achievements by Queensland Top 400.

Like most small businesses, Innotech originally stitched together a number of software packages to handle the daily operations. When the company’s growth took off, it soon became apparent that a more integrated system was required. Innotech’s managing director, Steve Miranda recounts a typical problem they came up against. “We just couldn’t find any other software that was feature rich and provided live data, at the right price point and that could actually do what we wanted. Accentis also solved the way we wanted to run our group of businesses, as separate profit centres but with consolidated accounts reporting.

With over 50 users accessing the system at any one time, it was important the software was easy to use and allowed staff to process their workload in the fewest steps possible.

“Two aspects we were also concerned with was reliability and speed. Accentis has more than shown it’s robustness – we have millions of transactions in our database and we’ve never lost data or had a file corruption” according to Steve Miranda. In relation to speed of data access, Innotech’s sales manager Paul O’Connor stated “Accentis can give us a full trading analysis report for every customer from eight years of history in under 3 seconds. So, not only do we get the answers we want, we get them almost instantaneously and in a format we want.

When asked if Innotech could quantify the financial gains of the system Steve Miranda said “we believe the overhead cost reductions were in the order of 25-30% annually in the first 2 years of using Accentis. Regarding the daily operations, Accentis is so integral to the business now that it even controls the workflow starting with the design team’s CAD files right through to initialising the Yamaha surface mount “pick and place” machines. The Accentis inventory system stores data taken directly from the product CAD designs. This data is then converted to machine code which is used for the placement of components on circuit boards. Initiating a manufacturing run of a complex product is as easy as clicking a button on the Work Order screen.

According to Steve Miranda “working with Accentis has helped push us to a much higher level of efficiency. Accentis also allows us to see all our performance indicators at a glance.. oh, and did I mention the software has not failed us once since the original installation in 1999”.

Get access to the latest news, views and events.